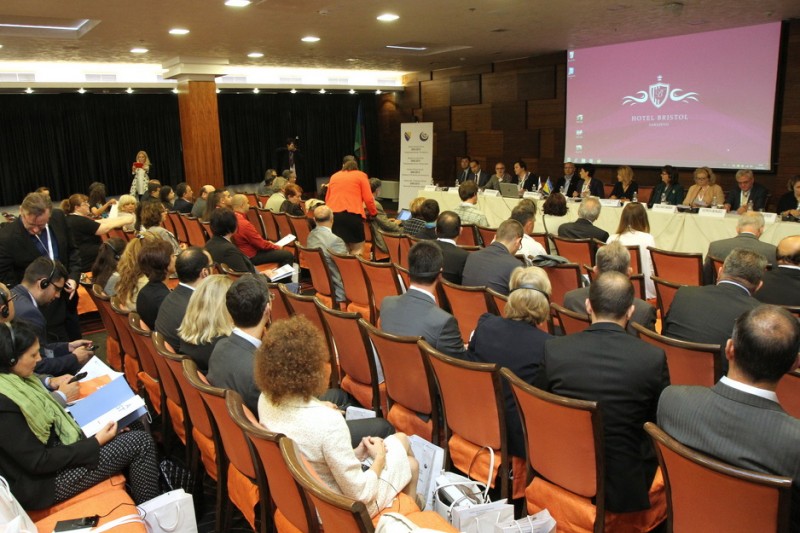 RCC Secretary General participates at the meeting of International Steering Committee of the Decade of Roma Inclusion 2005-2015, in Sarajevo on 10 September 2015. (Photo: FENA)

Speaking in Sarajevo on Thursday, Svilanovic added that the RCC will, in the future, be responsible for Roma Integration 2020 when it comes to the Western Balkans and also Turkey. Most probably, there will be an office based in Sarajevo which will lead this process as a regional one and will focus on education, employment, housing, public health and civil documentation. The RCC will cooperate on this with Civil Society organisations dealing with Roma Integration.

Mr Svilanovic also addressed the issue of the migrant crisis in a lengthy interview for Radio Free Europe http://www.slobodnaevropa.org/content/svilanovic-zapadni-balkan-nije-spreman/27237450.html.