Full house and standing ovation for “Romeo and Juliet” 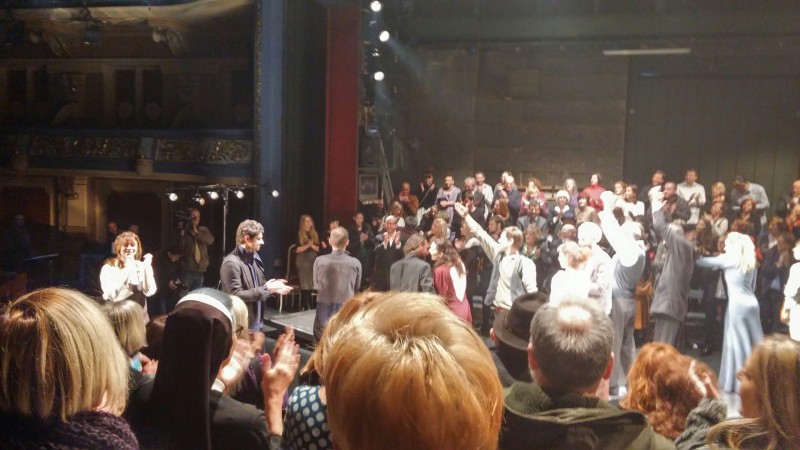 Sarajevo/Belgrade/Pristina/Tirana - Last night’s “Romeo and Juliet” was in Sarajevo, in the National Theatre, but this was truly such a great example of regional co-operation that it deserves a by-line which mentions the cities which were in one way or another the four pillars for a truly amazing theatrical experience.

Produced by Belgrade-based “Radionica Integracije” and “Quendra Multimedia” from Pristina, this is a new version - or even vision - of Shakespeare’s “Romeo and Juliet” set against the background of a troubled relationship between Pristina and Belgrade and ways to overcome what appear to be overwhelming borders and barriers.

Director/actor Predrag Miki Manojlovic says that the play “is not a reflection of political opinion but an endeavour of people with talent, brains and courage. Each one of them loves their nation and does not hate the other”. The play, performed in Albanian and Serbian, is set in modern-day Verona with both costumes and the scenography reflecting it. The tickets were sold out without a single advert, and the lucky 150 spectators paid their respect to the theatre company with a booming, standing ovation.

The guest performance in Sarajevo was supported by the Regional Cooperation Council (RCC), the Sarajevo Winter Festival and the Robert Bosch Stiftung.  RCC’s activities are focused on fostering regional cooperation primarily in the economic field. But an integral component of RCC’s efforts to speed up the Euro-Atlantic integration of the Western Balkans is also the support it gives to regional cooperation in the field of arts and culture.

Last night’s “Romeo and Juliet” are the latest addition to an impressive series of events which in the past 14 months included a performance of “Gospodja ministarka” by the Bosko Buha theatre from Belgrade in Sarajevo; a guest performance of Sarajevo National Theatre’s production of “Balkanski spijun u Sarajevu” in Belgrade; a literary evening of writer Vladimir Pistalo in Sarajevo and another one of actor, director and writer Zijah Sokolovic in Pristina. And this support, said RCC Secretary General Goran Svilanovic last night, “will continue in the future”.