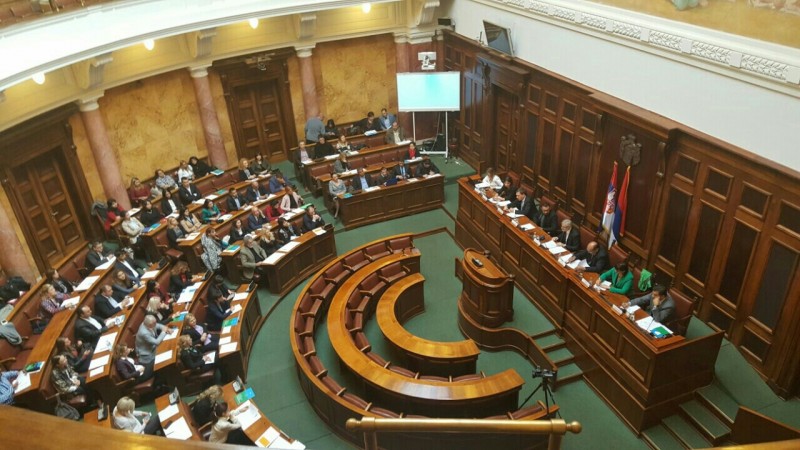 The Roma Integration 2020 project of the Regional Cooperation Council (RCC) presented its activities assisting the Government in the implementation of the Strategy for Social Inclusion of Roma 2016-2025 at the public hearing organised in cooperation with the Committee for Human and Minority Rights and Gender Equality of the Serbian National Assembly, in Belgrade today.

Today’s public hearing marks the beginning of Roma Integration public dialogue forum in the region and is the first in a series of similar events planned annually in six Western Balkan economies and Turkey. It aims at ensuring wide dialogue on Roma integration policies in society.

Orhan Usein, Team Leader of the Roma Integration 2020 Action Team, expressed the commitment and readiness to assist Serbian Government, as well as other governments participating in the Roma Integration 2020, in planning, implementing and monitoring of the Strategy for Social Inclusion of Roma. He added that such assistance is primarily related to the budgeting and inclusion of Roma in the general sectoral measures through technical support and expertise as well as through cooperation of governments in the region participating in the project.

“This type of a meeting, its organisation and implementation represent a good example which we will share with the other governments participating in the Roma Integration 2020 project. Over the three years of the project cycle we will support the Government to continue with such a practice, sincerely believing that this type of formal dialogue among relevant institutions and all parties concerned, primarily the Roma community, will become a regular practice and the clearest form of reflection of the democratic approach towards Roma issues”, stressed Usein.

Meho Omerovic, President of the Committee for Human and Minority Rights and Gender Equality of the National Assembly of Serbia said that despite numerous activities on Roma inclusion, problems of this minority group were still present and added that finding ways to resolve them is the task of the Assembly and the Government.

“This is a complex process and reflects the attitude of the entire society towards this minority group. Therefore it is of key importance that all relevant participants in the process are consulted in the development of the Action Plan for implementation of the Government’s Strategy, which exemplifies presence of the strong political will to resolve Roma issues in Serbia.”

The Strategy for Social Inclusion of Roma in Serbia 2016-25 was adopted in March 2016, and this public hearing was an opportunity for the responsible institutions to present their activities for implementation of the Strategy, and propose and comment the priority measures for the period 2017-18.

The Roma Integration 2020 project aims to get specific Roma integration goals included in mainstream policy developments in the Western Balkans and Turkey, assisting the governments to integrate such policy measures into: (1) mainstream socioeconomic policies and public service delivery; and (2) national budget planning and service delivery processes. The project’s main objective is to help reduce the socioeconomic gap between the Roma and non-Roma population.