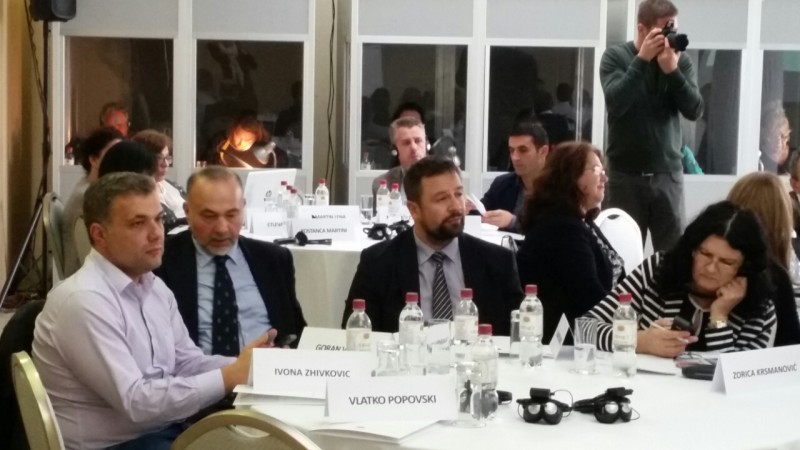 Representatives of public employment services from Western Balkans meet for the first time under the RCC’s Employment and Social Affairs Platform project, in Belgrade, on 27 October 2017. (Photo: RCC/Sanda Topic)

Belgrade/Sarajevo – Representatives of public employment services (PES) of the Western Balkan economies agreed on concrete steps and actions envisaging future cooperation under the Employment and Social Affairs Platform (ESAP) project  at their first  meeting that took place in Belgrade, today.

These actions imply current practices and tools that PES offices in the Western Balkan economies are implementing for performance management and measurement, with the intention to set up a regional process of benchlearning – an evidence-based learning process.

“The development and implementation of a benchlearning concept draws on the experience of the European Network of Public Employment Services, which carries out evidence-based benchlearning through the identification of good performances, including data collection validation and assessments, and of using findings for concrete mutual learning activities”, said Nand Shani, ESAP Team Leader, adding that when implemented, this concept will contribute to enhancing the work of PES offices in the Western Balkans and bring them closer to good EU practices.

The participants also discussed the scope of a regional analysis of selected active labour market policies (ALMPs), which the ESAP project will support, aiming to provide some systematic evidence at the regional level that can be used for better informing the implementation and following up on such measures.

The meeting gathered representatives from Western Balkan's PES offices responsible for performance management and monitoring as well as active labour market policies, representatives of ministries of labour responsible for their institution’s contribution to the Economic Reform Programmes (ERP), representative of the European Commission’s Directorate General for Employment, Social Affairs and Inclusion, and finally representatives of International Labour Organisation (ILO) and Regional Cooperation Council (RCC), as implementing partners of the project.

The overall objective of the ESAP project is to assist the Western Balkans with reforms in the employment/labour market and social policy area in their pre-accession process. The focus is on enhancing capacities and improving the policy dialogue related to employment and labour market measures and institutions, working conditions and social dialogue at the regional level. The Employment and Social Affairs Platform (ESAP) is a joint project of the RCC and the ILO that started in March 2016.