RCC: Tirana to host Regional Conference on Filling in the Budget Gaps in Roma Integration Policies 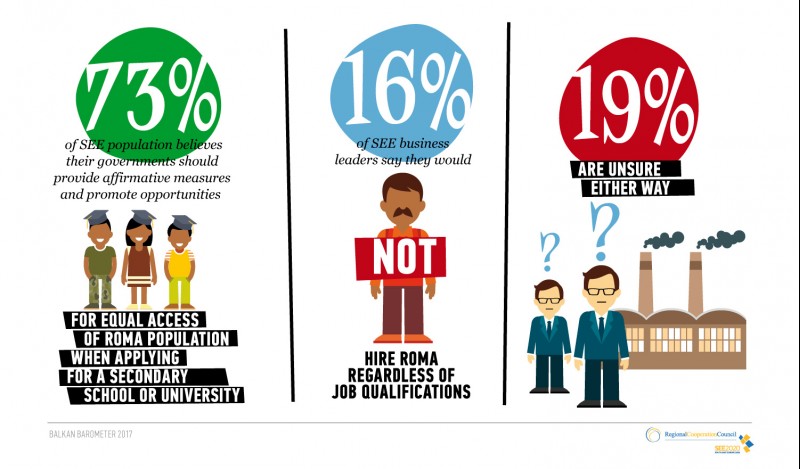 Tirana – The Regional Cooperation Council’s (RCC) Roma Integration 2020 (RI2020) Action Team organizes a Conference on 10 November in Tirana, to address the needs and priorities in the Western Balkans and Turkey concerning filling in the budget gaps in Roma Integration Policies, with a specific focus on employment and housing for Roma.

The main objective of the Conference is to create an adequate forum for participating economies and donors to discuss needs and priorities for Roma integration, in particular in the areas of employment and housing. It also aims to identify and match adequate funding opportunities either on bilateral or regional basis for measures and programs that cannot be fully funded from national budgets. The conference is also hoping to contribute to a better coordination among donors and increase the complementarity of efforts and results in the Western Balkans and Turkey.

The opening remarks will be delivered by Goran SVILANOVIC, RCC Secretary General, Regional Cooperation Council; Ogerta MANASTIRLIU, Albanian Minister of Health and Social Protection; Mila CAROVSKA, Minister of Labour and Social Policy of The Former Yugoslav Republic of Macedonia; Nenad IVANISEVIC, State Secretary at the Cabinet of the Serbian Vice Prime Minister; Predrag JOVIC, Deputy Minister of Human Rights and Refugees of Bosnia and Herzegovina; Mustafa GRAINCA, Deputy Minister of Finance of Kosovo*; and Stephen STORK, Head of Operation I – Justice, Home Affairs and Public Administration Reform at the EU Delegation to Albania.

The Conference will bring together national governments from the Western Balkans and Turkey, active donor organizations in the region, financial institutions, and regional initiatives.