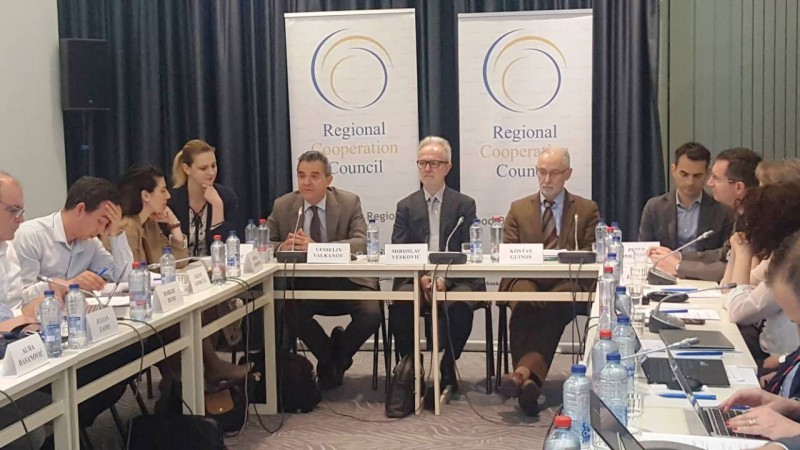 This programme is aimed at strengthening the EU's scientific and technological bases, to boost Europe's innovation capacity, competitiveness and jobs, to deliver on citizens' priorities and sustain the socio model and values.  Following an intense discussion on the Horizon Europe, the representatives of the Western Balkan Ministries responsible for research and science agreed to prepare a joint position paper on Horizon Europe, as well as to join efforts in lobbying towards the EU institutions and EU Member States.

Ivosevic added that there were additional measures which the EU institutions and the Member States could take to address some of the challenges Western Balkans have and share with some of the new EU member states, reiterating that the RCC stands ready to facilitate the process of preparing a joint position on Horizon Europe and would support the lobbying efforts of the Western Balkan governments.

Further on, the published Open Science Report prepared by Directorate General for Research and Innovation (DG RTD which for the first time includes a section on the Western Balkans, was also an important topic of discussion. The preliminary findings show that majority of economies adopted, are implementing or currently discussing policies for open access to the publications at the national level.  Areas in which more work may be desirable are copyright and enabling conditions for authors, widening access to small and medium enterprises (SMEs) and unaffiliated researchers; skills, rewards and incentives; and indicators for open science.

In addition, the RCC presented the findings of the questionnaire which was sent to five EURAXESS contact points in the WB region. The EURAXESS centres in all economies cover information facilitation regarding job and mobility opportunities for researchers abroad. Main challenges faced by the EURAXESS services include: very few researchers use EURAXESS portals and services; low number of respective national institutions publish vacancies on the EURAXESS portals; and low capacity of EURAXESS offices. Regarding the attracting of foreign researchers to the WB6 the EURAXESS offices identified the following challenges: attractiveness of the research position in the region (insufficiently developed research infrastructure, pockets of research excellence); and incompatibility of taxation, health insurance and employment conditions with standards abroad, in particular the EU standards.