RCC SG Bregu: European integration of Western Balkans is not a territorial, but transformational agenda 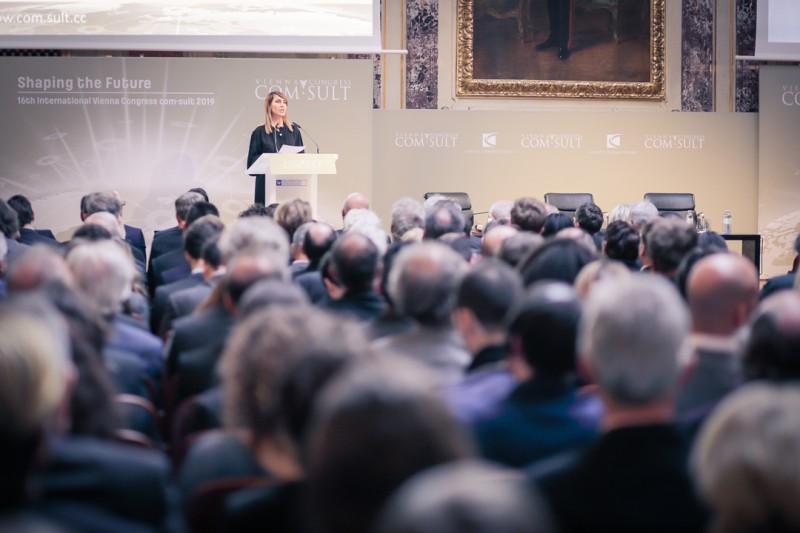 Vienna – “European integration of Western Balkans is not a territorial agenda. It is a transformational agenda, which in the broader orientation towards fundamental European values has worked. The EU has been the single most important leverage in the region to promote democracy, rule of law, respect for human rights and minorities. EU’s enlargement policy has for fact delivered in shaping the region’s reality,” said Majlinda Bregu, Secretary General of the Regional Cooperation Council (RCC), speaking at the 16th Vienna Congress, titled “Shaping the Future“ in Vienna, this morning.

Secretary General Bregu addressed the Congress talking about the EU and its South-eastern neighbours: Challenges and opportunities for the Balkans, stressing that “Europe is a state of mind. The language and attention has to shift as well, from the date of joining the EU, the unfounded fear of enlargement, or enlargement fatigue, to the real democratic transformation of Western Balkans. An empowered Western Balkans shall speak the language of unity among citizens, by enhancing national reforms and regional cooperation with effect to the economic development of the region,” added Bregu.

Bregu reminded that currently people in Kosovo* (84%) and Albania (83%) are most enthusiastic in supporting the EU membership, while The Former Yugoslav Republic of  Macedonia and Montenegro still have a higher proportion of those who consider it a good thing (59% and 53%, respectively); 45% of people in Bosnia and Herzegovina believe it to be a good thing, while Serbia is the only economy in the region where those who are neutral to the EU membership (39%) outnumber those in favour (29%), as the RCC’s Balkan Barometer 2018 shows.

Vienna Congress as one of the most renowned international economic congresses represents a network of highly respected leaders and decision makers who come together to discuss Europe’s key economic challenges and prospects. More info http://comsult.create-connections.com/en/ueber/