Western Balkans tourism on the rise: Powered by RCC, cultural and adventure tour operators promote the region at the ITB Berlin 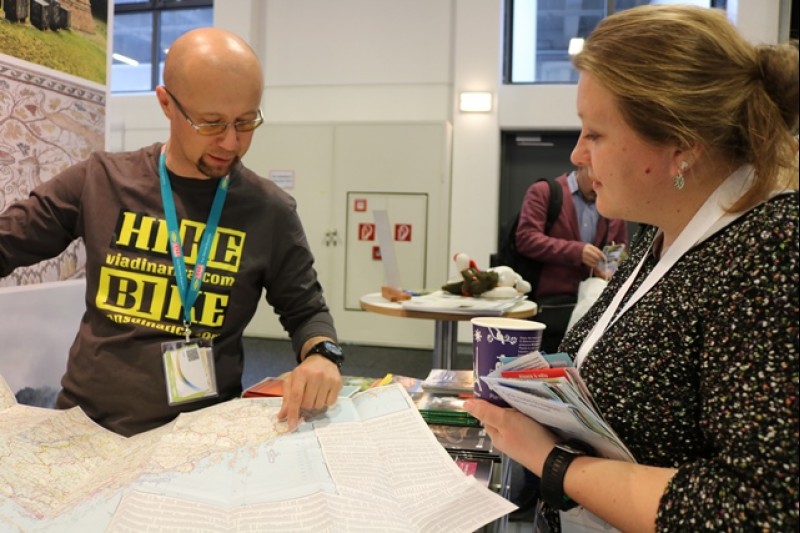 Berlin – Over the last five days, 19 tour operators from the Western Balkans promoted the regional tourism offer at a joint Western Balkans – Powered by RCC.int stand at the world’s leading travel trade show, ITB Berlin, which gathers some 10,000 exhibitors and over 100,000 visitors.

International promotion of the region as a cultural and adventure tourism destination is an integral part of the Regional Cooperation Council (RCC) implemented and the European Union funded Tourism Development and Promotion Project. The presentation at ITB is one in a row of presentations at tourism fairs utilised by the Project and its promotional impact builds on the previous presentations of the region at the Adventure Travel World Summit held in Montecatini, Italy, in October 2018 and Fiets en Wandelbeurs fair held in Utrecht, Netherlands, just ten days ago.

“With this continuous and strategic promotion of the Western Balkans, we are starting to create a buzz. More and more international travellers are becoming aware of the region, and more importantly, more and more of them want to come and visit in the near future,” said Snjezana Derviskadic, Project Team Leader.

“Specific to the ITB Berlin is that the first three days of the fair are open only to tour operators who are looking for new destinations. Western Balkans is exactly that and we have had a great interest in our stand with some 224 tour operators and 32 travel writers and bloggers coming to seek information and establish cooperation with the tour operators from the region.”

The ITB Berlin ran from 6 to 10 March with the last two days being open to the general public and travellers seeking individual tours as they plan their 2019 summer and autumn holidays.

“We have been both at Utrecht and Berlin with the RCC’s Western Balkans stand. In Berlin alone, we established contacts with more than 30 tour operators and 10 travel writers from the US and Canada, Western Europe, Turkey, Bulgaria and Romania all of whom want to bring their clients to the region. Further to this, we spoke to numerous travellers who are interested in the Balkans as their next holiday destination and we established and strengthened cooperation with other operators. All of us at the stand are going to start refereeing visitors to one another, complement each other’s offers and try and work more as a region,” said Samer Hajric of Green Visions, a tour operator offering regional adventure packaged along Via Dinarica trail.

The international tour operators looking for new destination expressed a clear interest in the region. “Western Balkans is on the rise. I got to know a lot more about the region her at the stand. I think it’s a great fit for our company and it will be a great destination for our customers,” said Luisa Basner of the SKR Raisen, tour operator from Colon, Germany.

The Tourism Development and Promotion Project works to develop and globally promote joint regional cultural and adventure tourism offer, improve quality of services and infrastructure along selected routes, and increase the number of tourists visiting the region, revenues and employment in the industry.