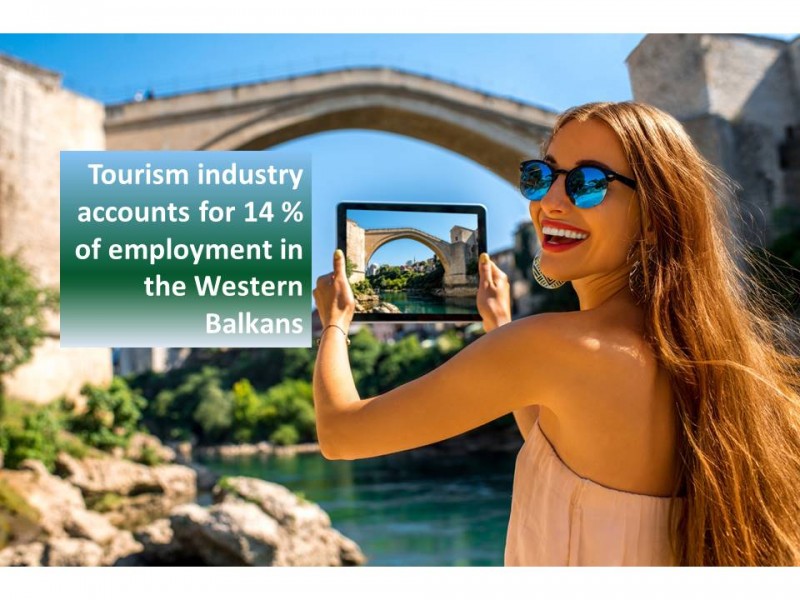 Tourism industry accounts for 14 percent of employment in the Western Balkans. On photo: Mostar, Bosnia and Herzegovina (Photo: Shutterstock)

Belgrade – Planning of most viable itineraries along the two new Western Balkans cultural routes that are currently under development was the main topic discussed by the representatives of tourism agencies and tour operators from the region, at the meeting organized by the Regional Cooperation Council (RCC)’s EU funded Tourism Development and Promotion Project, in Belgrade today.

The RCC’s Tourism Project has done the industry analysis and developed concepts for the new cultural tourism routes running throughout the Western Balkans – first being the Crossroads of Civilisations Route that includes sites and locations featuring common cultural heritage from Greek, Roman, Byzantine, Ottoman and Austro-Hungarian ears; while the second one, so called Balkan Monumental Trail builds upon the futuristic art and design of World War II monuments across the region. Some 40 most significant sites have been identified for each of the routes.

“The second step is developing branding and marketing strategies for the new routes, and we want to make sure to include private sector’s views in our plans in order to have multi-day itineraries that correspond with the market needs. After all, it is the tourism agencies and tour operators that are bringing tourists to the region,” said Snjezana Derviskadic, RCC’s Tourism Development and Promotion Project Team Leader.

“Apart from the cultural heritage sites management bodies which are mainly public institutions, all other service providers in tourism come from the private sector, whereas tourism industry accounts for 14 percent of employment in the Western Balkans.  More than 12 million tourists entered last year the Balkans. This region has a great potential and we will help it to capitalize on that.”

Tourism Development and Promotion Project works to develop and internationally promote joint regional cultural and adventure tourism offer, increase inflow of tourists and revenues and contribute to employment in the industry.