RCC’s ESAP: Share of informal employment in Western Balkans ranges from 18 to 33% - holistic approach necessary to tackle this issue 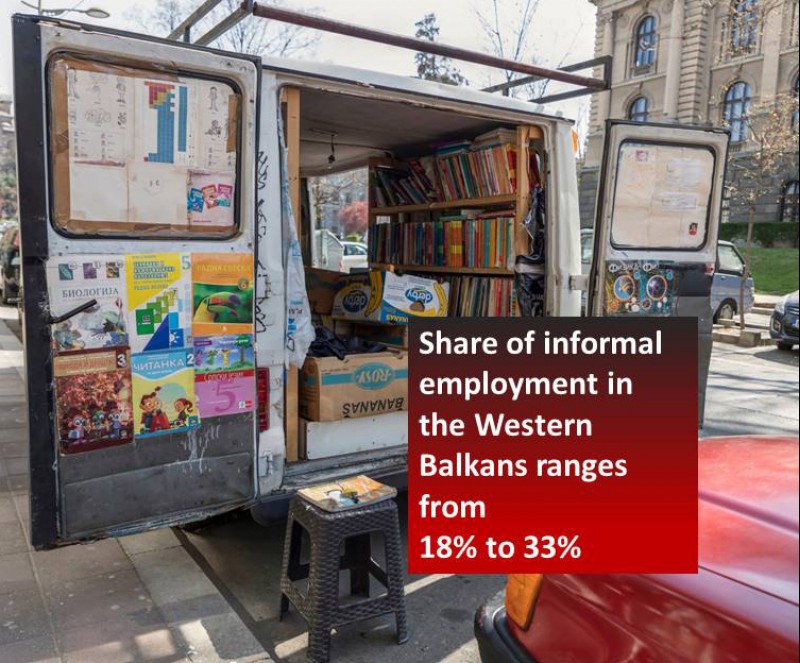 Western Balkans needs to address the widespread phenomenon of informal employment through holistic approach - is one of the conclusions of workshops tackling this issue (Photo: Shutterstock)

Sarajevo – “Share of informal/undeclared employment in the region varies from 18,1% in Republic of North Macedonia to 33% in Montenegro1 ,”said Nand Shani, Team Leader of the Regional Cooperation (RCC)’s Employment and Social Affairs Platform (ESAP). Tackling this widespread phenomenon was the main topic of the workshops, organized throughout the Western Balkans by ESAP in the previous period.

The existence of informal economy and employment has been identified by the European Commission (EC) and other international and local agencies (OECD, ILO, etc) as one of the major barrier to enabling economic prosperity in the region. The RCC’s ESAP has produced diagnostic reports per each of the Western Balkans economies that looks at the drivers of undeclared work, the institutional framework and current policy approaches, complemented by a list of key recommendations on tacking undeclared work.

“Informal employment in the Western Balkans is being addressed only partially, mostly through enforcement and corrections. What the region needs is a whole government, holistic approach that utilizes additional measures such as improving the benefits and incentives for becoming formal and reducing the asymmetry between authorities and civil morality”, said Nand Shani, adding that there is a range of tools transforming undeclared work into declared work.

“Direct tools ensure that the rational economic decision is to engage in declared work. This is accomplished either by using deterrence measures to increase the costs of non-compliance (‘‘sticks’’) and/or by making the conduct of declared work more beneficial and easier (‘‘carrots’’). Indirect tools shift away from using ‘‘sticks’’ and ‘‘carrots’’ and instead focus on dealing with the formal institutional failings so as to repair the social contract between the authorities and its citizens in order to foster a high trust-high commitment culture.”

Overall, the Western Balkan economies have so far adopted an enforced compliance approach with less emphasis to incentives and voluntary compliance. Successful and effective transformation of undeclared work into declared work means joining-up on the level of both strategy and operations the policy fields of labour, tax and social security law, and involving social partners. This approach uses the full range of direct and indirect policy measures available to enhance the power of, and trust in, authorities respectively.

The workshops tackling informal employment started in Tirana, Belgrade, Sarajevo, Podgorica and Pristina, with the last one held in Skopje. Drawing on the EU experience and in light of the importance of aligning the WB6 to the EU policy cooperation and practice, ESAP aims to support Western Balkan economies in establishing a regional forum specifically aimed at mutual exchange and joint learning towards the transformation of undeclared work into declared work, pursuing a holistic, integrated strategic approach.

The "Employment and Social Affairs Platform" (ESAP) is a 3 million Euro project financed by the European Union and jointly implemented by RCC and ILO in the Western Balkan economies. The project team is based in Sarajevo, Bosnia and Herzegovina.