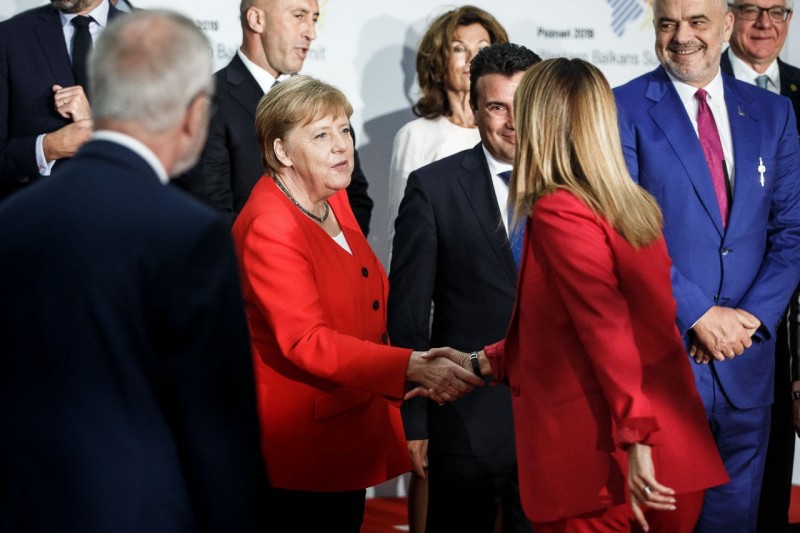 RCC Secretary General, Majlinda Bregu addressed the Western Balkans and the EU leaders at the Summit in Poznan, Poland

Poznan – “Two years after the Western Balkans’ (WB) Prime Ministers endorsed the Multi-annual Action Plan for the Regional Economic Area (MAP REA) in Trieste the region has not fully embraced the opportunities offered by the Regional Economic Area. Flows of goods, services, capital and people continue to be obstructed.  We all could draw an important lesson from the Regional Roaming Agreement, as German Chancellor Angela Merkel rightfully pointed out, welcoming the Regional Roaming Agreement as well as Declaration for Recognition of Academic Qualifications and strongly supporting the WB and its European perspective”, said Majlinda Bregu, Secretary General of the Regional Cooperation Council (RCC) while addressing the WB Leaders’ Meeting at the Summit in Poznan today.

“Our region needs to embark on a serious and wide-ranging facilitation agenda, which will include aspects of facilitated movement of people, goods, services and capital. Western Balkans should move freely through IDs and remove structural barriers for trade and investment. It is time to incorporate an adequate Schengen-like mechanism into the WB in order to facilitate the travelling across the region and paving the way for gradual transition to free movement of the citizens. Freedom of movement is an essential prerequisite for the regional economic integration. RCC is here to take ownership.”

The Western Balkan Summit in Poznan, Poland, gathered leaders from the Western Balkans and the EU to discuss the future of the region in the context of the EU enlargement.