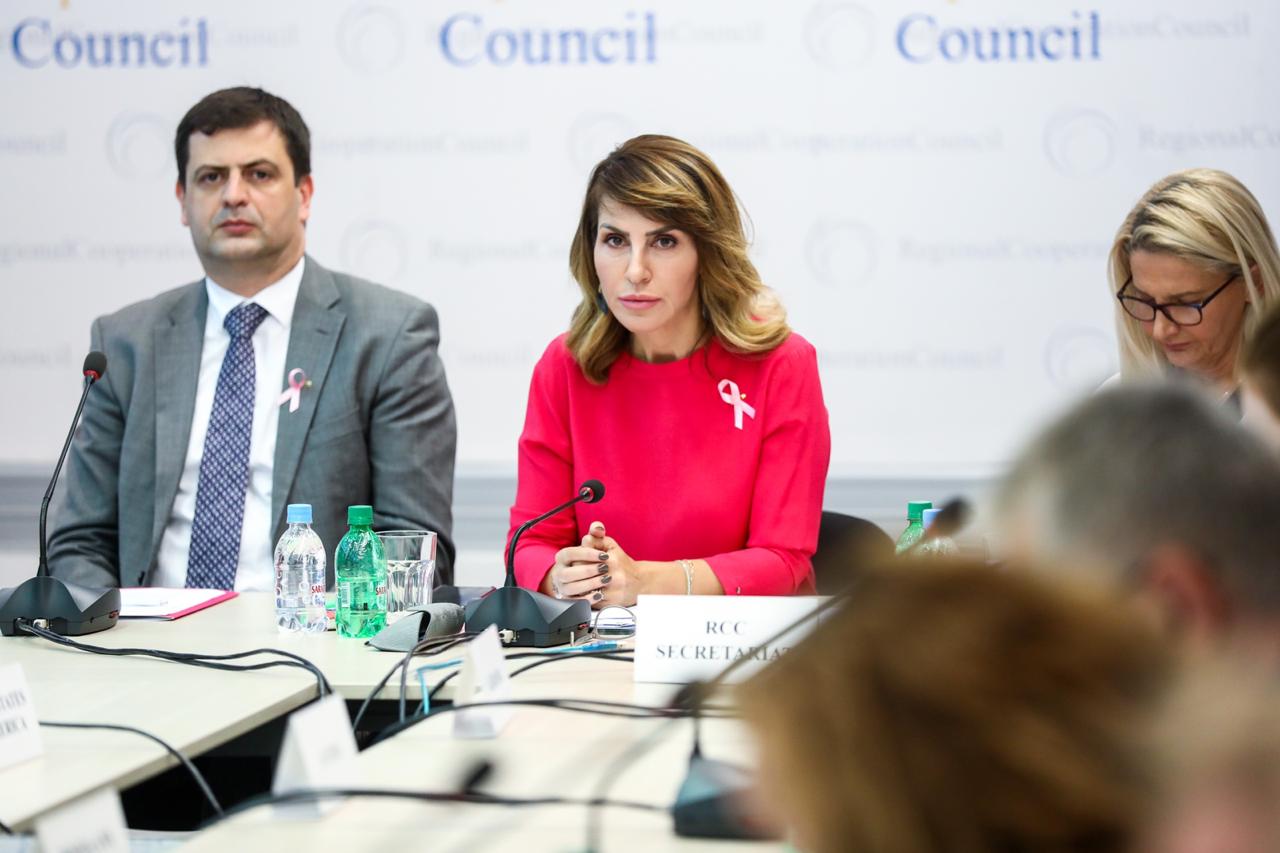 RCC Board met in Sarajevo today, for the last time in 2019, to hear an update on the activities in period since the last meeting and provide guidance and approval on the future plans

Sarajevo – “While awaiting the European Union’s Summit’s official decision on the opening accession negotiations with Albania and North Macedonia today, for us in the Regional Cooperation Council (RCC) and for the entire region as well, it is quite important to reiterate that Western Balkans is an integral part of the EU. The EU integration process needs always to keep moving forward while effects of no-decision will not be easy sentiment for the region. 56% of the Western Balkans’ citizens, for the first time since we measure their pro-EU sentiments, have expressed their support to the EU integration, showing us that this process is not the one for politicians, but for citizens. They need an incentive”, said Majlinda Bregu, Secretary General of the Regional Cooperation Council (RCC), at the 38th meeting of organization’s Board in Sarajevo today.

“Furthermore, I’d like to stress that the most important thing for the economies, in terms of implementation of the Multiannual Action Plan for a Regional Economic Area (REA) and other reform agendas, is to deliver on their commitments. One should not let bilateral disputes spill over to the entire process of regional cooperation, as it is moving forward whenever political will is in place. Regional cooperation is an essential element of the Western Balkans EU perspective. The Novi Sad declaration is an opportunity to renew the impetus for regional cooperation. It is important that regional initiatives include all partners in the Western Balkans and are built on commitments previously taken, notably to take forward the Regional Economic Area ahead of the summits in 2020. The Regional Cooperation Council can help in this endeavour.”

The EU representatives congratulated the RCC on the impressive work done so far, calling it the center of the regional cooperation. They extended Commission’s support to all new initiatives leading to stronger regional cooperation as long as they are all-inclusive and not distracting the work on existing initiatives, which RCC can help implement.

The Board adopted the report of the Secretary General on the RCC’s activities since the last Board meeting in May, information on the Coordination Meeting between the Troika of the South-East European Cooperation Process, the RCC Secretariat and the European Union that took place the day earlier. The Board also adopted the RCC Budget for 2020, and decided on the dates of their meeting the next year.

Today’s meeting of the RCC Board was ‘coloured pink’ as a symbolic act of support to women and men suffering from the breast cancer, raising awareness on this widespread disease.