Bregu: Pandemic created a common awareness that at least for now humankind takes precedence over politics and disputes 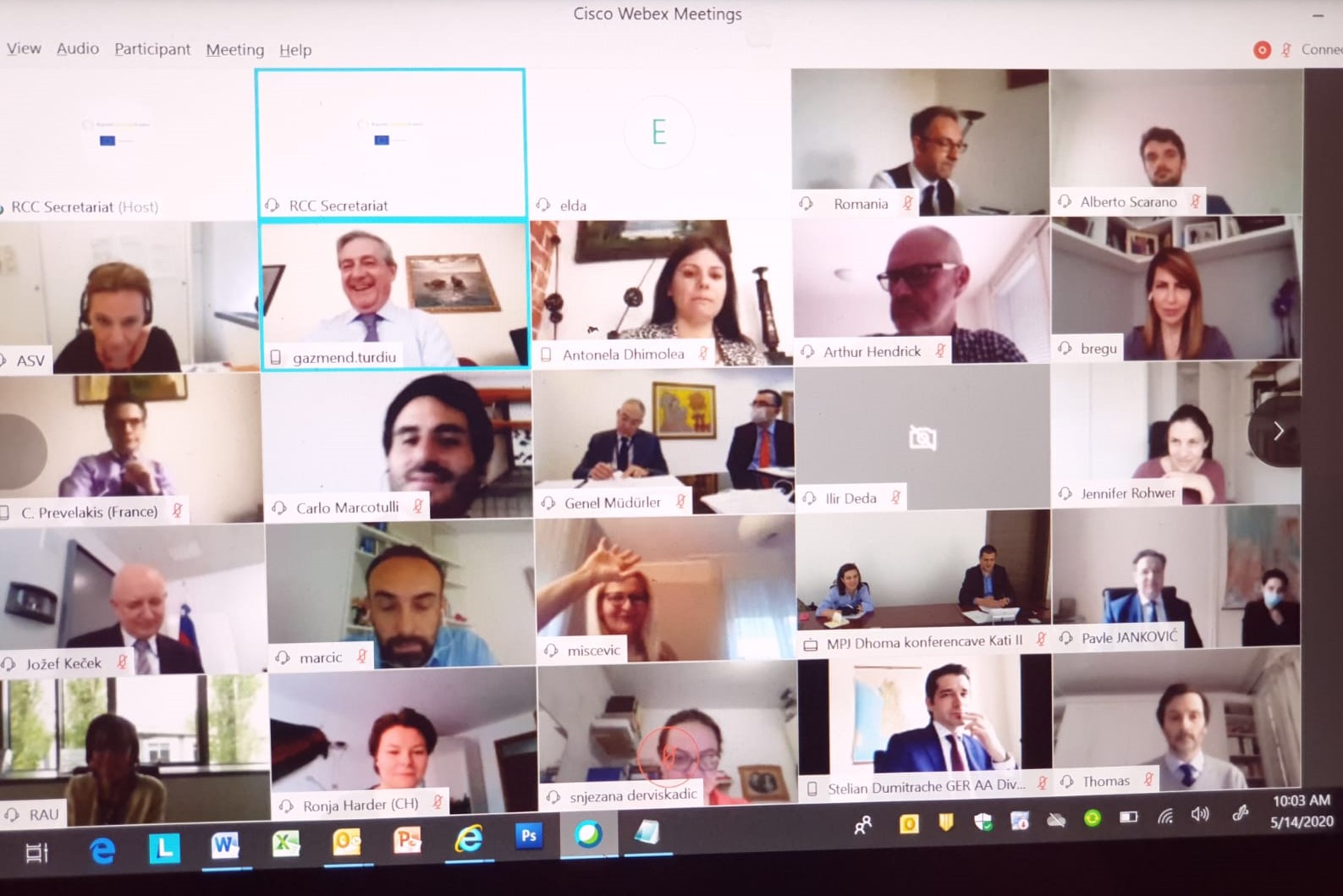 RCC Board met for the 40th time in a row and for the first time online due physical distancing requirements, on 14 May 2020

Sarajevo – “For all its aggressiveness, the COVID-19 crisis also offers glimmers of hope. It has connected Western Balkans even more, this time in a fight against an invisible enemy. It has persuaded us that cooperation should be resilient. It has created a common awareness that at least for now humankind takes precedence over politics and disputes, while borders are considered a sharing gateway,” said Majlinda Bregu, Secretary General of the Regional Cooperation Council (RCC) at the opening of the 40th in a row and first online RCC Board meeting, held today.

“As now we are moving from emergency to recovery phase, and the financial/economic prognoses and recipes will dominate the debate, there will be many lessons learned. Starting with why not envisage a well-planned short- and long-term measures to prevent the pandemic from turning into an enduring pain for the Western Balkans.

Our region on average has 2.3 doctors and 5.05 nurses per 1000 citizens, which is significantly less than EU average of 3.7 and 8.6 respectively. This puts additional strain on our health care and fear into our citizens during the pandemic. We need joint answers to joint problems. Remember that there is no single outcome of the pandemic thus no one can offer resolute response as a single institution or economy,” concluded Bregu welcoming France to the first Board meeting since France has re-joined the RCC in 2020.

Thomas Bertin, Head of Western Balkans Department at the Ministry of Europe and European Affairs of France, said that “France re-joined the RCC Board with the intention of being more present and more active in the Western Balkans. The region has achieved significant progress in the recent years, especially in the fields of regional cooperation, development and security and the RCC played substantial role in these efforts.”

RCC Board met online and adopted the RCC Secretary General’s Annual Report 2019-2020 as well as the Financial Report 2019 and the Position paper on milestones and future steps for SEE 2030 Strategy RCC is developing. The RCC also presented the preliminary Results of the Balkan Barometer 2020 that is to be published in June 2020.