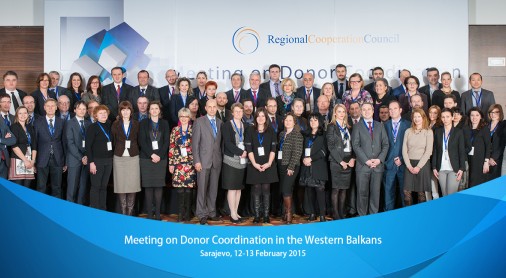 The First Meeting on Donor Coordination in the Western Balkans, 12-13 February 2015

The Regional Cooperation Council (RCC) hosted the First Meeting on Donor Coordination in the Western Balkans in February 2015 in Sarajevo.  The meeting brought together all the major donor organisations and countries as well as recipients.

The meeting concluded that donor coordination conference for Western Balkans are to be held annually under RCC auspices, and that a single regional donor coordination database would be useful as well as better prioritisation of actions, both at the national and regional levels.