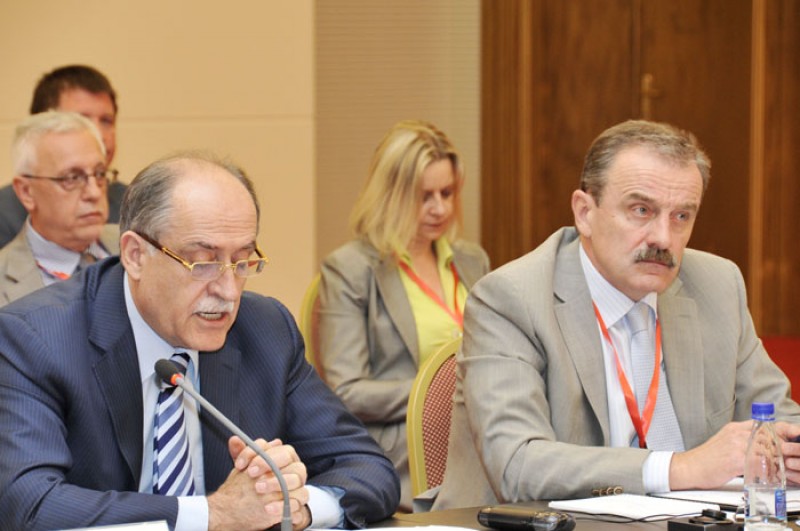 BUDVA/SARAJEVO – “Regional cooperation in South East Europe has exhibited encouraging signs over the past year“ said Hido Biscevic, Secretary General of the Regional Cooperation Council (RCC), while opening the organization's third Annual Meeting in the Montenegrin town of Becici near Budva, on 28 June 2011.

“The new spirit of cooperation, reconciliation, moderation and pragmatism has been gradually translated into a comprehensive, sustained and broad process of all-inclusive cooperation of all relevant participants, from political leaderships, parliaments to media and civil society, from business communities to international friends and partners.“

Secretary General Biscevic’s Annual Report on regional cooperation in South East Europe 2010-2011, with emphasis on the results achieved in the implementation of the RCC Strategy and Work Programme 2011-2013, was endorsed by meeting participants, who praised the work of the RCC Secretariat and its Secretary General.

In line with its Strategy and Work Programme, the RCC took assertive role in bringing the region together around development projects.

“Over the past year, the RCC facilitated the adoption of the Regional Strategic Document and Action Plan on Justice and Home Affairs 2011-2013, endorsed by South-East European Cooperation Process (SEECP) ministers, as well as the establishment of the South East European Forum of the Chiefs of National Security Authorities, the RCC Task Force on Culture and Society and the European Association of Public Service Media in South East Europe.”

The RCC further created a platform for action and provided support to better streamlining regional activities. It brought together leaders and members of regional initiatives and task forces, the European Commission, main donors and partners, in order to contribute to their closer and more coordinated alignment with the Europe 2020 policy objectives. It worked to strengthen the role of national parliaments in negotiations for EU accession.

The RCC Secretariat continued to promote sustainable energy development in the region by backing implementation of the Sustainable Energy Development Regional Initiative, jointly launched by the RCC and the Central European Initiative (CEI), and facilitated adoption and implementation of the Single European Sky legislation, EU directives and regulations in order to raise capacities of national administrations in South East Europe to cope with the critical issues of road safety.

Milan Rocen, Minister of Foreign Affairs and European Integration of Montenegro, pointed out that the RCC is an integral part of the process of general progress and individual success in the region.

“The role of the RCC in regional networking in the areas of justice and home affairs, culture, security, energy and parliamentary cooperation is evident. In the period ahead, RCC should be more focused on strengthening economic and social development, which could be fostered through design and implementation of projects of regional importance.”

The Minister thanked the RCC for the strategic partnership during the Montenegrin SEECP Chairmanship-in-Office and added that a significant number of his Government’s activities has been harmonised with the RCC and realized on the basis of complementarities of the priorities of the Chairmanship and the RCC Strategy.

The RCC Annual Meeting was co-organized by the SEECP Chairmanship-in-Office of Montenegro and the RCC Secretariat, and co-chaired by Minister Rocen and Secretary General Biscevic.

The Annual Meeting participants comprised senior officials of the 46 members of the organization. They exchanged views on developments in regional cooperation in South East Europe within the framework of RCC and challenges ahead.

Video materials from the event are available HERE. Please contact us at press@rcc.int in order to obtain logging details.