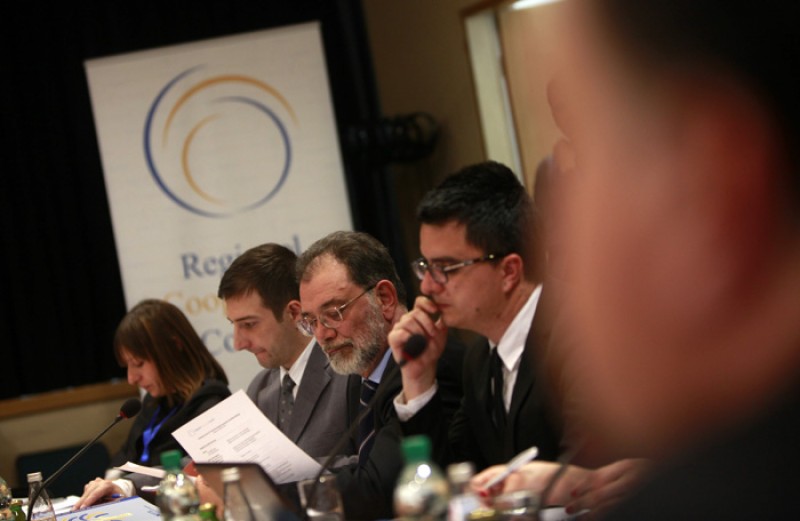 SARAJEVO – The South East Europe Investment Committee (SEEIC) will discuss progress in developing the South East Europe (SEE) 2020 strategy at its meeting in Sarajevo tomorrow. The event will be held under the auspices of the Regional Cooperation Council (RCC) Secretariat.

The most important SEE 2020 targets include: employment growth in the region by 12%, increase in mutual trade by 230%, and the rise of the region’s GDP from the current 38% to 46% of the EU average.

Goran Svilanović, RCC Secretary General, and Hamdo Tinjak, Secretary of the BiH Ministry of Foreign Trade and Economic Relations, will co-chair the meeting.

The basic goal of SEE 2020 – a Job Creating Growth and EU Integration Strategy for SEE – is to improve living conditions in the region and bring back in its focus competitiveness and development of each country and the entire region. In that sense, the document leans onto the EU strategy Europe 2020.

SEE 2020 is to be adopted by the region’s ministers of economy in November 2013.

Journalists are invited to take part in the opening of the meeting on Wednesday, 19 June 2013, at 9.00, at the RCC Secretariat, Trg Bosne i Hercegovine 1/V, 71000 Sarajevo, Bosnia and Herzegovina. Individual statements will be arranged prior to the meeting, as per the meeting agenda.