RCC Annual Meeting and presentation of the SEE Development Scoreboard 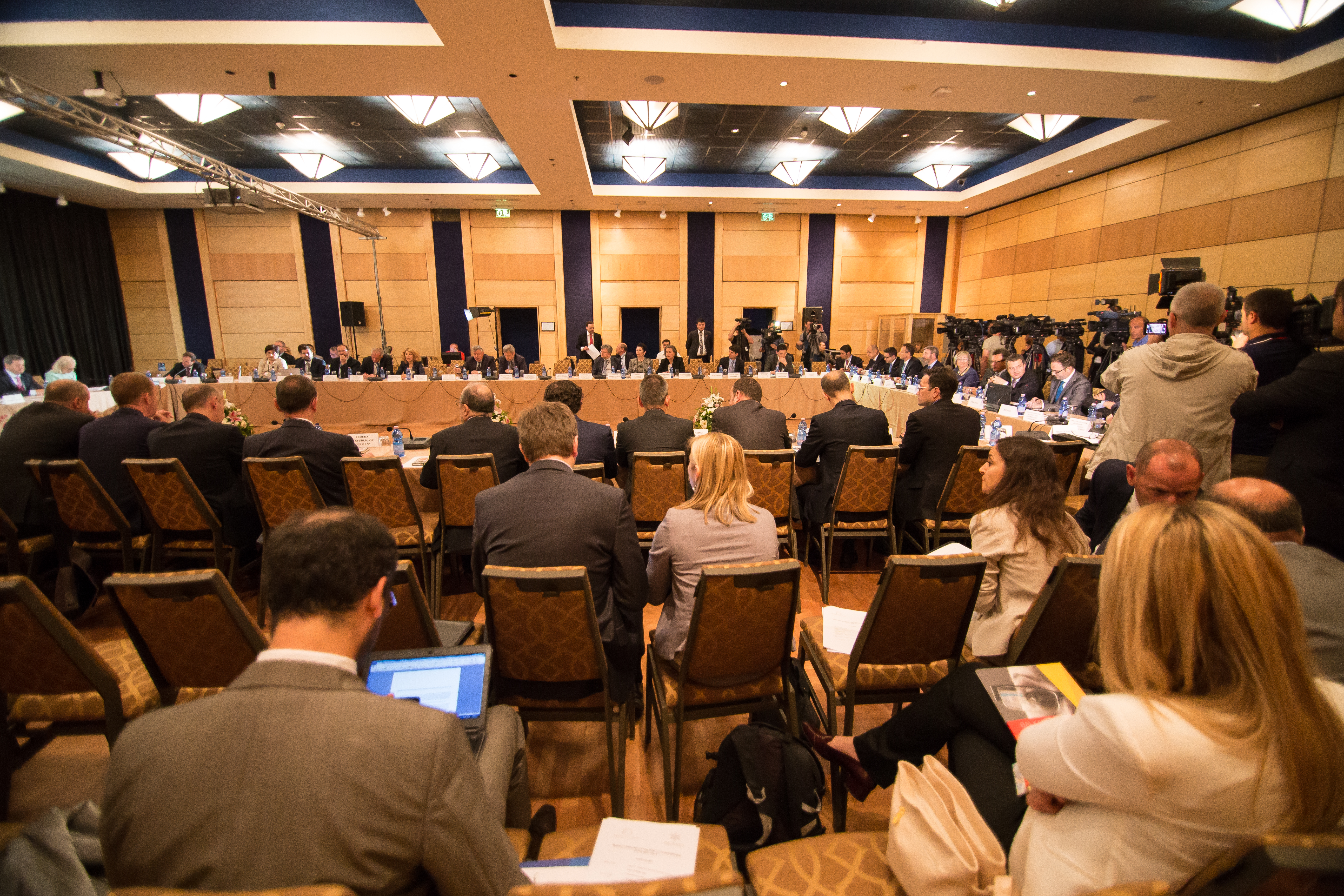 The 2015 RCC Annual Meeting took place in Tirana on 22 May 2015. (Photo: Ministry of Foreign Affairs of Albania/Eriona Cami)

Participants of the RCC Annual Meeting, in Tirana on 22 May 2015. (Photo: Ministry of Foreign Affairs of Albania/Eriona Cami) 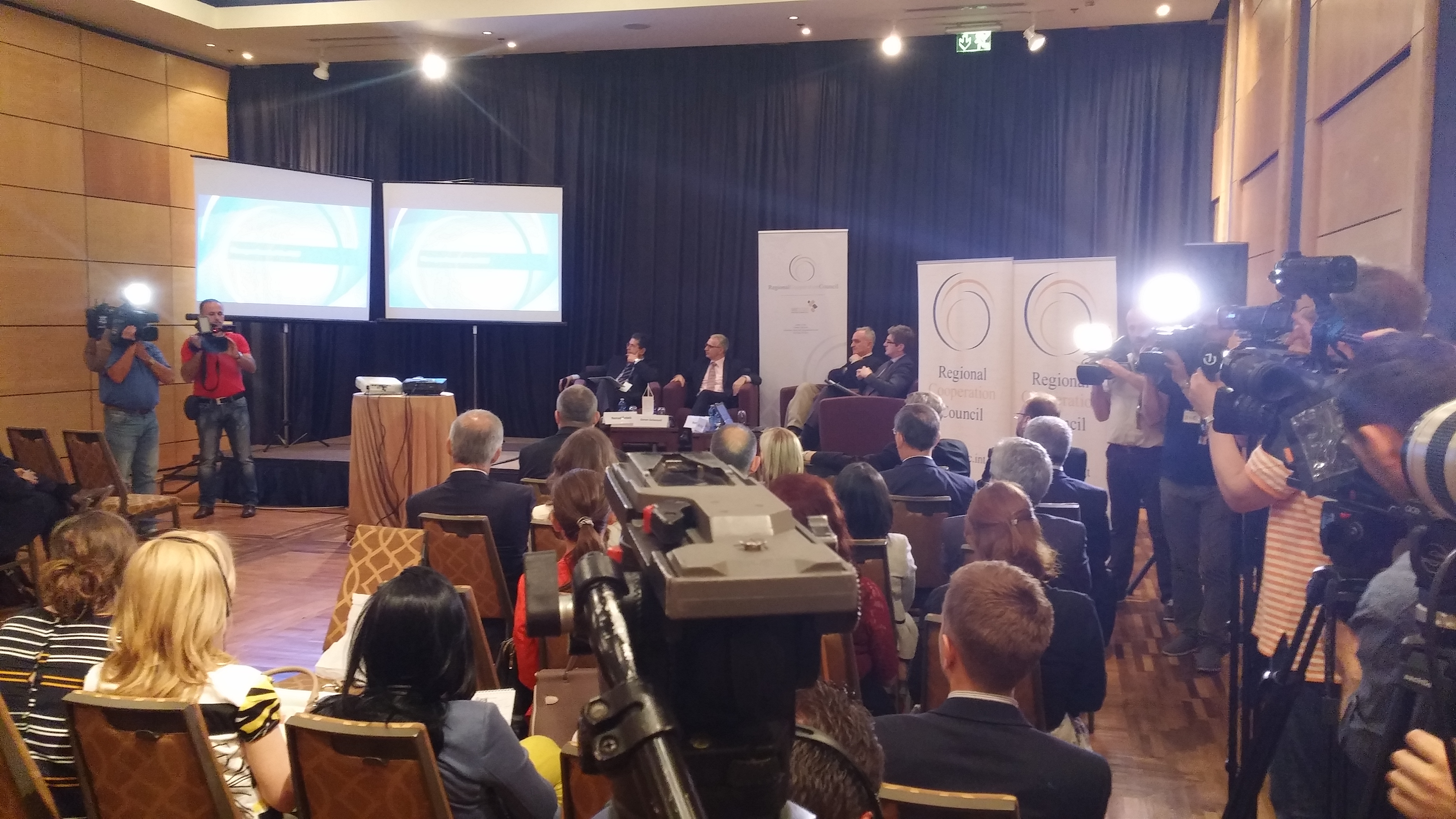 Tirana/Sarajevo - The RCC’s (Regional Cooperation Council) Annual Meeting in Tirana today heard a strong endorsement of the organisation’s efforts in fostering economic recovery and speeding up the European integration process of the region. The meeting’s host, Albanian Foreign Minister and Chair in Office of the South-East European
Cooperation Process (SEECP), Ditmir Bushati, said the RCC has shown its worth by boosting the positive synergy in the region and tirelessly working towards the creation of a new Balkans – a region of peace and prosperity. Mr Bushati emphasised the need for even greater coordination of the region’s efforts and a greater inclusion of the civil society in the process.

RCC Secretary General, Goran Svilanovic, spoke of the need for the region to better connect with the EU, to demonstrate a new spirit and culture of cooperation and to focus on growth and job creation. Despite the challenges, said Svilanovic, “SEE (South East European) aspirants have made significant progress in the process of European integration”. RCC’s primary role, he added, was “to serve as a bridge builder and contributor to regional efforts on economic recovery in the region”.

Serbian Vice Premier and Foreign Minister, Ivica Dacic, spoke of the need to improve the business environment in the region and lauded the RCC for its promotion of mutual dialogue. The Annual Meeting also endorsed the candidacy of Goran Svilanovic for his second term as RCC Secretary General, as well the Annual Report on Regional Cooperation in SEE 2014 - 2015.

After the Annual Meeting, the RCC presented its South East Europe Development Scoreboard, a monitoring mechanism for following the region’s progress – or lack of it – in the economic sphere. The SEEDS, www.rcc.int/seeds is a comprehensive web platform which encompasses an extensive Public and Business Opinion Survey (http://rcc.int/seeds/results/2/balkan-opinion-barometar, http://rcc.int/seeds/results/3/balkan-business-barometar), expert’s opinions (http://rcc.int/seeds/focus/1/unemployment-the-biggest-challenge-facing-the-region), as well a vox populi – the voices of ordinary people from the region (http://rcc.int/seeds/focus/1/unemployment-the-biggest-challenge-facing-the-region). It enables any user to monitor the implementation of the region’s development strategy – South East Europe (SEE) 2020 and allows them to compare how their economy is doing in comparison with others.

Presenting the SEEDS web platform, SEE2020 Coordinator, Sanjin Arifagic, said that a monitoring system like this is necessary so that we can see what we are doing wrong and what needs to be changed. It needs to be measurable so we can improve and SEEDS was created for that very reason.“

Commenting on the Platform and what it offers, the Director of the Albanian Media Institute, Remzi Lani, said that the
Balkan Barometer’s Public Opinion survey shows there are two speeds in the Balkans: the speed of EU integration and the speed of regional cooperation. Although the EU-integration speed appears to be prevailing, it is the speed the RCC is creating which is doing a great job in strengthening regional cooperation and making it catch up.“

Foreign Ministers of the SEECP are meeting this afternoon and will hold a press conference later in the day.