RCC Secretariat to present its mission, priorities and activities to Bosnia and Herzegovina officials 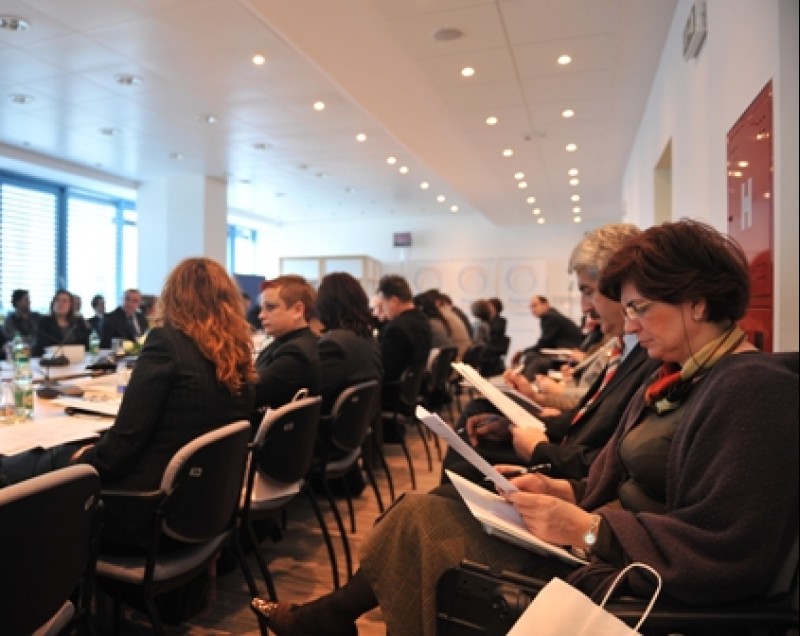 SARAJEVO – Experts of the Regional Cooperation Council (RCC) Secretariat will tomorrow present in detail its mission, priorities and activities to Bosnia and Herzegovina (BiH) authorities. The presentation, organized jointly with the BiH government, will take place at the premises of the RCC Secretariat in Sarajevo.

The presentation aims to bring the RCC work closer to a wider circle of government officials, business sector, civil society and the media. It will focus on the RCC priority areas of economic and social development, energy and infrastructure, justice and home affairs, security cooperation, building human capital, and parliamentary cooperation.

The event opens the 2009 series of presentations accross South East European (SEE) capitals and RCC members from other parts of Europe. In 2008, over 500 representatives of national SEE administrations, business sector, civil society and the media were presented with the RCC work in Chisinau, Sofia, Belgrade, Podgorica, Skopje, Zagreb, Athens and  Ankara.

Journalists are invited to attend the presentation on Tuesday, 20 January 2009, from 10.00 until 13.00 hours, at the premises of the RCC Secretariat in Sarajevo, Trg BiH 1/V, 71000 Sarajevo, Bosnia and Herzegovina.

Programme of the Presentation is available HERE.