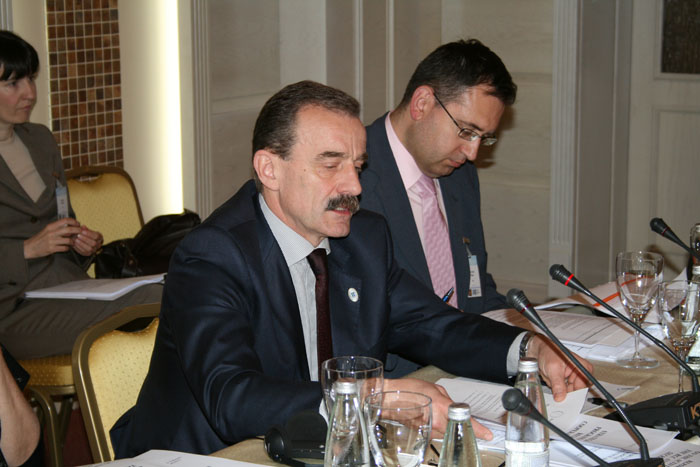 POMORIE, BULGARIA – The Regional Cooperation Council (RCC) Board adopted the 2008-2009 Strategic Work Programme of the organization at a meeting held in the Bulgarian city of Pomorie today.

The strategic document was presented to the Board members by the RCC Secretary General, Hido Biscevic, who highlighted the main course of action for the organization in the upcoming period.

"I am very happy that the Board has given its full support to the RCC roadmap in our priority areas of economic and social development, energy and infrastructure, justice and home affairs, security cooperation, building human capital, and parliamentary cooperation", said Biscevic.

The RCC Board meets quarterly. Its next meeting will be held in September 2008 in Sarajevo, Bosnia and Herzegovina.

The Board provides operational guidance and supervision to the RCC. It comprises of those RCC members contributing to the budget of the RCC Secretariat as well as the EU, represented by the Troika consisting of the EU Presidency, the European Commission and the European Council Secretariat.

The Concept Paper on regional ownership is available at www.rcc.int, while the full text of the 2008-2009 RCC Strategic Work Programme will be posted on the RCC website tomorrow, following the approval by the SEECP Heads of State and Government.